I have written several times that Turkey’s Ottoman Sultan want a be, Erdogan is a few bottles short of a six pack. He is now dictator for life, engaged in brazen, military imperialism, and now has a currency collapse to deal with. I also mentioned Pastor David Wilkerson’s “prophecy” from a few years ago. Well, things are now fully in motion for a global economic crisis much worse than the one triggered by the Russian bond defaults in 1997. I can’t stand Alan Greenspan, but even he admitted when Long Term Capital Management imploded from Russian bond losses the entire global economic system came close to crashing and burning. In Turkey’s case, we are dealing with multiple European banks, holding staggering amounts of Turkish debt, that is now essentially worthless. The link below tells more.

August 11, 2018
Egon von Greyerz:  “Eric, we are often talking about the various problems in the world and what will be the catalyst for a global crisis, which has to happen because of all the risks that we see.  And I now think that Turkey could be a major catalyst…

Egon von Greyerz continues:  “Turkey has massive economic problems, deficits, and their currency is collapsing.  The fact that many banks in the EU have lent money to Turkey will probably lead to a crisis in the European banking system.  As an example, Spain’s second largest banks has lent $18 billion to Turkey, and BNP in France has lent $40 billion.  Many other European banks are involved as well.

As we have seen, Turkey’s currency is collapsing and gold has been skyrocketing in Turkish lira.  Since 2013, gold is up 4x in Turkish lira.  We have talked about hyperinflation in Venezuela and Argentina.  Well, we are seeing it now in Turkey too, Eric, and it’s going to get worse.  Turkish banks have a lot of currency loans, in US dollars and other currencies, to Turkish borrowers.  That’s 40% of their balance sheets.  That will most likely wipe out the reserves of most of these banks because the clients won’t be able to repay it in Turkish lira. 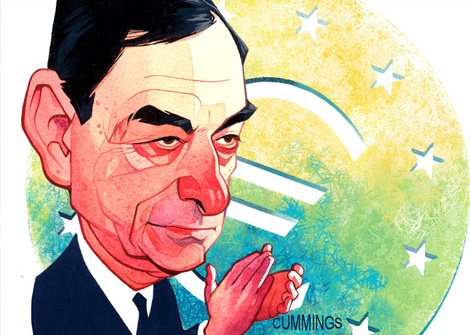 “Self-Fulfilling Contagion”: This Is The Worst Case Scenario For Turkey