My blog readers know I have been following the current Ebola outbreak in Africa for some time now. While I have attempted to provide timely, accurate and reasonable information about this outbreak, I have not pulled any punches. Therefore, I am bringing this to your attention for one reason. You need to have factored in how you will personally prepare for an Ebola outbreak here in CONUS. I am not saying that is going to happen. I am saying it might happen, and all of us need to “honor the threat.” If you wait until “they” tell you Ebola is here in CONUS, it will be too late. The following is based on FACTS, and not hysteria, or breathless announcements colored by “doom porn.” You may take it seriously, or you may ignore it. The choice is up to you, but one of the reasons I started this blog in the first place, was to provide information, credible information, to my blog readers so they can make intelligent, informed decisions based on the information I provide them. Take the below with as much salt as you care too, but be aware the following isn’t doom porn. The information is based on FACTS, solid, documented data and reflects a reasonable analysis based on that information. The bottom line is the 3 people who escaped the DRC hospital, well two of them were late stage, highly infectious and went to a public venue with nearly 60 people there.

The below is my comments over at timebomb2000.com

THIS MEANS THE 50 TO 60 PEOPLE EXPOSED TO THE LATE STAGE, HIGHLY, HIGHLY INFECTIOUS EBOLA PATIENTS WERE EXPOSED ON MAY 21ST. FURTHER, “THEY” NOW THINK UP TO 600 ADDITIONAL PEOPLE WERE EXPOSED, WHO THEN EXPOSED STILL MORE PEOPLE.

THE BOTTOM LINE IS THREE WEEKS FROM MAY 21ST IS JUNE 11TH. FINALLY, IF ANY OF THOSE ORIGINAL PEOPLE WERE INFECTED, AND THEY THEN INFECTED OTHERS DURING THE THREE WEEK PERIOD, WE WILL SEE A SPIRAL TYPE INCREASE IN TOTAL EBOLA PATIENTS STARTING ON JUNE 11TH, AND THEN CONTINUING TO INCREASE IN NUMBERS OVER THE NEXT MONTH OR SO.

WE SHOULD ALSO BEAR IN MIND THAT IF ANY OF THE INFECTED TRAVELED IT WILL FURTHER SPREAD THE DISEASE IN AFRICA. IT MAY ALSO SPREAD GLOBALLY DEPENDING ON WHO WAS EXPOSED, HOW MANY WERE EXPOSED, AND WHERE THEY WENT FROM THAT ONE CITY. IF ANY OF THEM GOT ON THE RIVER AND WENT ANYWHERE, YOU WILL HAVE ADDITIONAL, SEPARATE EBOLA OUTBREAKS START TO HAPPEN.

Oh yeah, mid June may be the start date for the real Ebola outbreak.

A new Ebola outbreak is on the radar in the Congo and just over a week ago had reached a city of more than a million people. Well, things likely got a whole lot worse over the weekend when family members of 3 infectious patients with confirmed cases of Ebola broke them out of quarantine and took them to a prayer meeting with at least 50 people. That may seem like it’s a long way from the US but read on.

People at the prayer meeting were definitely exposed, as two of the patients were in the most infectious stages of the disease, with vomiting and diarrhea.

Two of the three escapees are dead and the third was returned to the quarantine center.

“The escape was organized by the families, with six motorcycles as the patients were very ill and couldn’t walk,” Dr. Cabrol told a news briefing in Geneva after returning from the affected region.

“They were taken to a prayer room with 50 people to pray. They were found at two in the morning, one of them dead and one was dying. So that’s 50-60 contacts right there. The patients were in the active phase of the disease, vomiting.” (source)

It’s not unusual in the Congo for this to happen, according to WHO spokesperson Tarik Jasarevic.

He said that both of the deceased had been given a safe and dignified burial and added that “it was only human” that sick people wanted to be with their families “in what could be the last moments of life”.

“It is very unfortunate that people fled the treatment centre, but it is not unexpected. We had this in previous outbreaks,” he said. (source)

Jasarevic said that this makes it particularly important to engage with the community so they can understand how Ebola spreads and the urgency of getting medical attention.

Tracking down the contacts of the escaped Ebola patients

Now the work begins of tracking down everyone with whom the escaped patients may have been in contact to try and prevent the outbreak from getting out of the city into an even more populated area.

Because Ebola has a 21-day incubation period, an infected person might not realize they have contracted the disease until it’s too late and they’ve exposed uncounted others to it.

Health officials started trying to trace the motorcycle drivers and other people who came into contact with the patients as soon as the escape was reported, Dr. Peter Salama, head of emergency response at the WHO, told Reuters.

“From the moment that they escaped, the health ministry, WHO, and partners have been following very closely every contact,” he said.

“All it takes is one sick person to travel down the Congo River and we can have outbreaks seeded in many different locations … that can happen at any moment. It’s very hard to predict,” he said, referring to the river linking the trading hub of Mbandaka to the capital Kinshasa, whose population is 10 million.

More than 600 contacts have been identified so far.

Could this Ebola outbreak spread to Europe and the US?

If a person with Ebola gets to the capital city, that’s when people in other areas really need to begin paying attention. Kinshasa is a major transportation hub.

Software called FLIRT (FLIght Risk Tracker) has determined where the virus could potentially spread from there.

They used flight date from the airports in Mbandaka, Kinshasa, and Brazzaville to predict the places most at risk for infection and found that these cities are the most closely connected to the point of origin.

The countries which are the most connected are:

It’s not hard to see how easily this outbreak could reach highly populated parts of Europe. And then, it could go anywhere.

The analysis ranks the United States 17th on the list, with 0.5 percent of outgoing passengers entering the country. The U.S. cities with the highest percentage (greater than 0.01 percent) of incoming passengers coming from the Democratic Republic of Congo are:

It only takes one sick person on any of these flights to result in a global pandemic that could wipe out millions of people.

“While the percentage of overall passengers entering the U.S. from that region is low,” said Dr. Peter Daszak, President of EcoHealth Alliance. “With approximately half a million passengers traveling from the Democratic Republic of Congo each year, the disease requires just one infected traveler to cause a global public health emergency, and this helps us be forewarned and prepared.” (source)

The last time Ebola reached our shores, we got very, very lucky. One patient completely overwhelmed an entire hospital. If there were hundreds or thousands of patients across the country, it wouldn’t take long for things to devolve into absolute chaos. Ebola can have a death rate as high as 90%.

Like I said in the previous article I wrote on this topic, it isn’t time to batten down the hatches but it’s certainly time to be watchful and make sure that you are prepared for the potential of a pandemic. As you can see, it isn’t a stretch of the imagination to think that the deadly disease could once again reach the US.

Ebola could easily spread outside the Congo and by the time it does, everyone else will be vying for the same supplies. 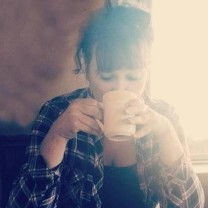 Please feel free to share any information from this site in part or in full, leaving all links intact, giving credit to the author and including a link to this website and the following bio. Daisy is a coffee-swigging, gun-toting, homeschooling blogger who writes about current events, preparedness, frugality, and the pursuit of liberty on her website, The Organic Prepper. Daisy is the publisher of The Cheapskate’s Guide to the Galaxy, a monthly frugality newsletter, and she curates all the most important news links on her aggregate site, PreppersDailyNews.com. She is the best-selling author of 4 books and lives in the mountains of Virginia with her two daughters and an ever-growing menagerie. You can find Daisy on Facebook, Pinterest, and Twitter.